I came across a cheese labeled “Blackburn” in the cheese case at a local Loblaws supermarket.

This cheese comes from the Fromagerie Blackburn in Jonquière, Quebec. 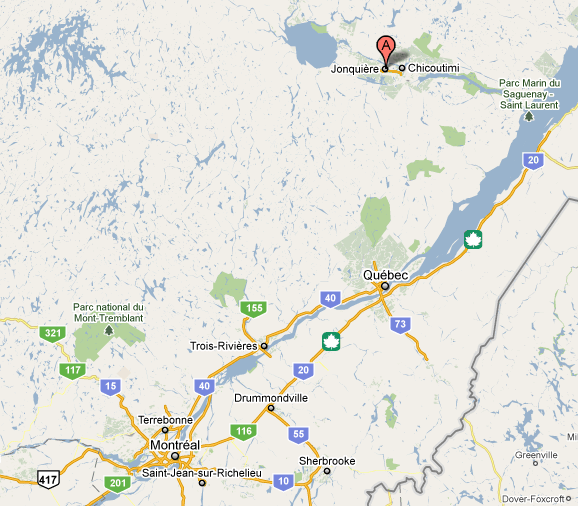 Jonquière is a city of 51,000 people located about 3 hours north of Quebec City. It is situated on the Saguenay River in the Saguenay-Lac-Saint-Jean region of Quebec.

This is a firm cheese that is 31% Milkfat with 39% Moisture. The milk comes from Holstein cows and it is aged six months to a year. The Blackburn cheese is made with thermalized milk.

This is the first time I have come across the term thermalized. According to curdnerds, thermalization involves heating milk only to 60-65 °C/140-150 °F for 15 to 30 seconds then chilling before re-heating at the start of cheesemaking. This process reduces the number of micro-organisms, but not so much so that the resulting cheese will be without flavor. The United States FDA considers this still to be raw milk, while the European Union considered it pasteurized.

This cheese has more taste than smell. It has a nice texture. It is not overly dry or crumbly. It is more moist and softer than Parmesan Reggiano. I was able to shave off thin slices and slowly dissolve them on my tongue. I though it had a slight, pleasant earthy flavor. My daughter tried it and she thought that it tasted like fresh bread. When I tasted it again, with consideration of her comment, I had to agree there was a slight yeasty, doughy flavor happening as well. I also thought it had some hints of cheddar. At first the Blackburn cheese was drifting to salty, but as it dissolved in my mouth it settled without becoming too much so.

This is an interesting cheese. It would make a good conversation piece on a cheese plate. Because it is subtle, I think that most people would find it pleasant. It would be entertaining to see how different guests would describe it. I expect there would be a lot of “hmmm’s” and a few “I’m not quite sure” but ultimately the simple conclusion “it’s good”.