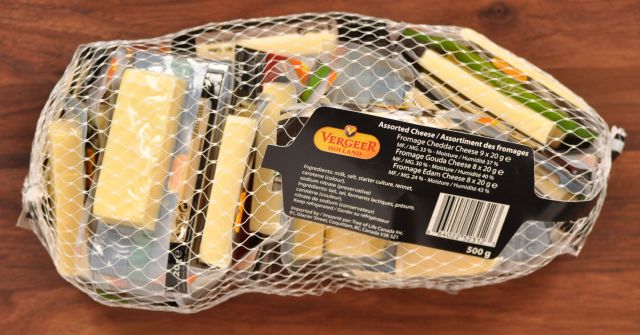 I came across this bag of Vergeer Holland assorted cheeses at my local Costco (Mississauga, Ontario, Canada). The bag contains 500 grams (1.1 pounds)  of individually wrapped cheeses. It is an assortment of Cheddar, Gouda and Edam.

I opened the bag and spread out the cheeses. 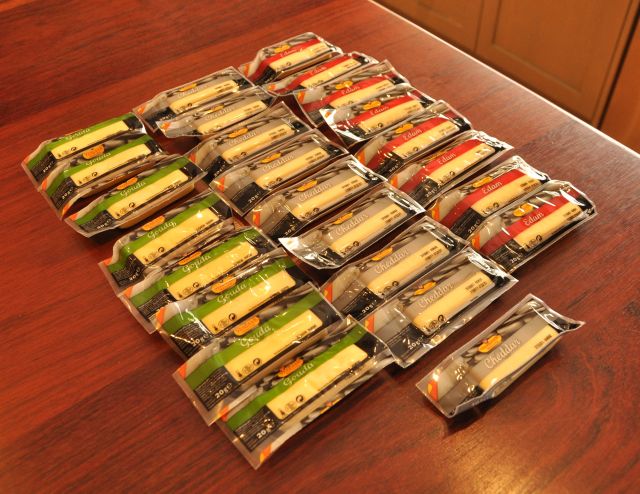 There were twenty five individually wrapped Vergeer Holland cheeses in the bag. The bags are filled with eight individual packages of each flavour of cheese with one “bonus” cheddar cheese.

The packs are easy to open. You simply grab the wide end of the pack and peel the plastic wrap apart to reveal the cheese inside. 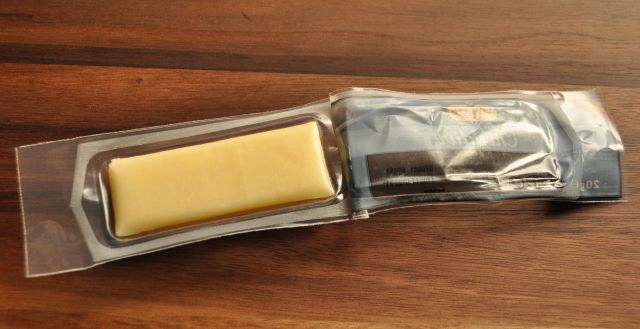 The cheese just pops out. The piece of cheese is what I would call a “four biter”. I suppose you could nibble on it, but four bites seems about right – maybe two bites if your are really hungry.

Vergeer has been around since 1934. According to the Vergeer website they are experts at cheese and packaging. These small individually wrapped cheese packages are clever and well designed. They are definitely consumer friendly. 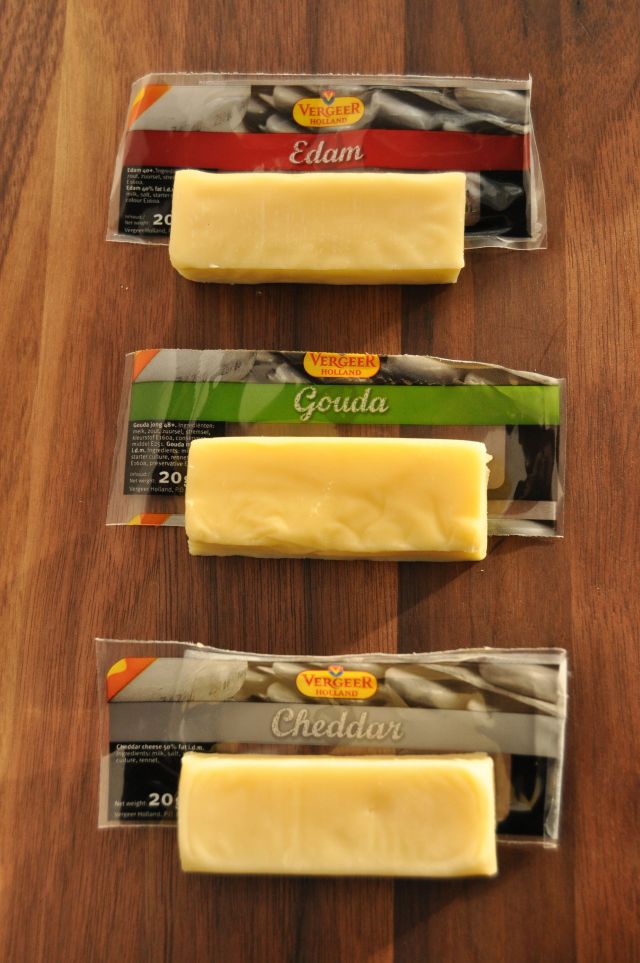 When I unwrapped each of the three styles of cheese I found them surprisingly similar in colour, texture and smell. The cheddar had a sharper smell that differentiated it. The Gouda and Edam smelled and looked nearly identical. In fact, I had to keep them organized for tasting because I was afraid I would mix them up.

What does Vergeer Holland Cheddar, Gouda and Edam cheese taste like? I found these cheeses a little disappointing. Since these were from Holland, I had Beemster Gouda XO on my mind. I was imagining that these would be similar. Sorry, not even close. I have had some pretty amazing cheese tasting experiences recently … this was not one of them. The vacuum packed appearance of the exterior made the cheese look wet, glossy and plastic like. The texture of the cheese was spongy. The cheddar was ordinary. The Edam and Gouda were so similar that I wonder if they are made identically and then flavoured. Of the three, the cheddar was my favourite.

I think these are good cheeses for kids because the flavours are mild and the packages are convenient. I will be putting these cheeses into my kid’s lunch boxes.

The packaging is great but the cheese is ordinary. This is a convenience product and it suits that purpose well. I would recommend these cheeses for a lunch snack, especially for children. I do not recommend these for entertaining. These cheeses may result in a full stomach but your taste buds will probably be looking for more adventure than this cheese can deliver.

4 comments on “Vergeer Holland – A Bag of Assorted Cheese”