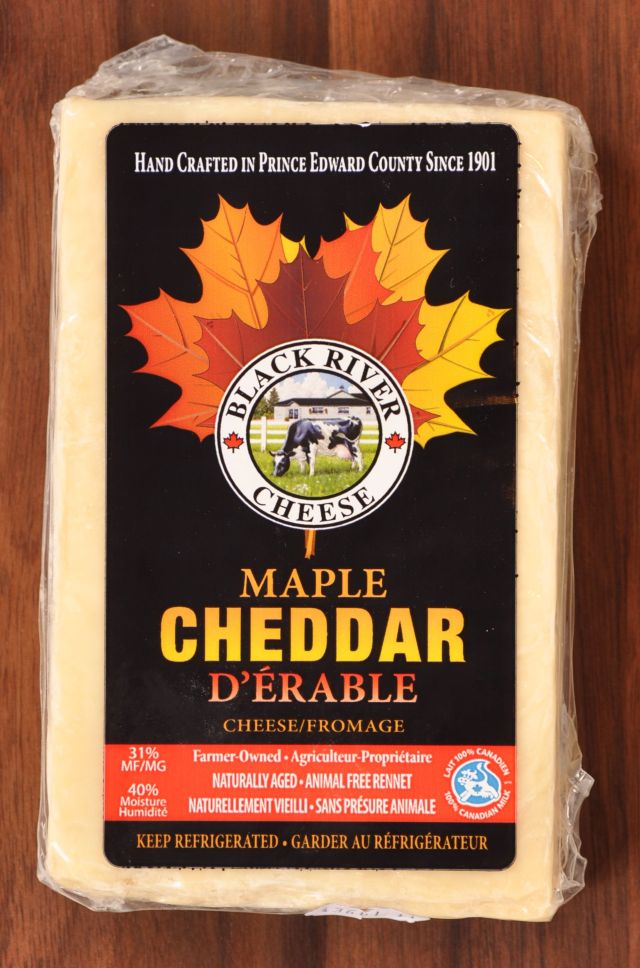 So I think that Maple Cheddar by Black River may be the iconic Canadian Cheese. 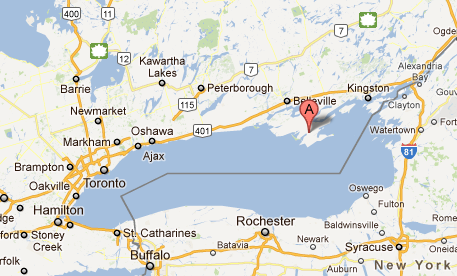 The Black River cheese company has a rich history that dates back to 1901. They have maintained their cheese making tradition for over a century and overcame a fire in 2001 that completely destroyed their factory and cheese inventory. You can read the full history of the company on their website. 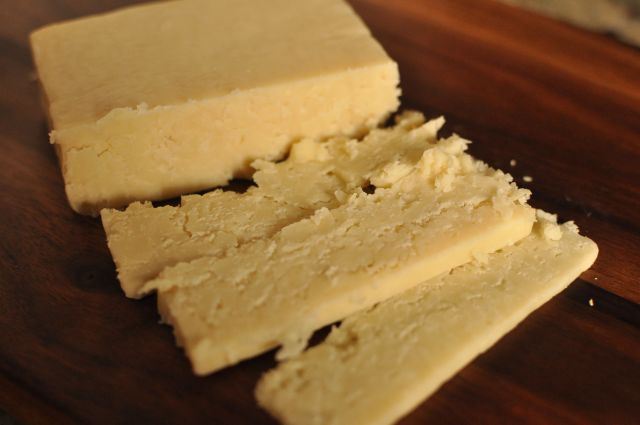 Black River’s Maple Cheddar is made by aging cheddar cheese 5-8 months, shredding it, and then combining it with Maple syrup and Maple sugar. It is pressed, and recut into blocks. The cheddar is not made with animal rennet making it suitable for strict vegetarians. Due to the sweetness imparted by the Maple this cheese makes a good after dinner dessert cheese.

What does Black River Maple Cheddar taste like? This is a salty and sweet taste experience. The cheddar is medium sharp at first then quickly slides to salty but smooths out and finishes sweet. The maple flavour is subtle but evident. The texture is crumbly but it smooths out as it warms on the tongue. There is a lot going on when tasting this cheese and I like that. It makes for an interesting cheese tasting experience. This is not a cheese for crackers. I suggest enjoying this cheese straight from the knife … solo.

This is my first taste of a Black River Cheese Company product. They produce several other cheeses in addition to this Maple Cheddar.

I liked the Maple Cheddar cheese by Black River. It is unique, cheesy, and cheddary, with a sweet, maple twist. It has a great backstory and could be called a taste of Canada. This would be a good cheese to include on my “Taste of Canada” cheese board. It is a cheese worth sharing.